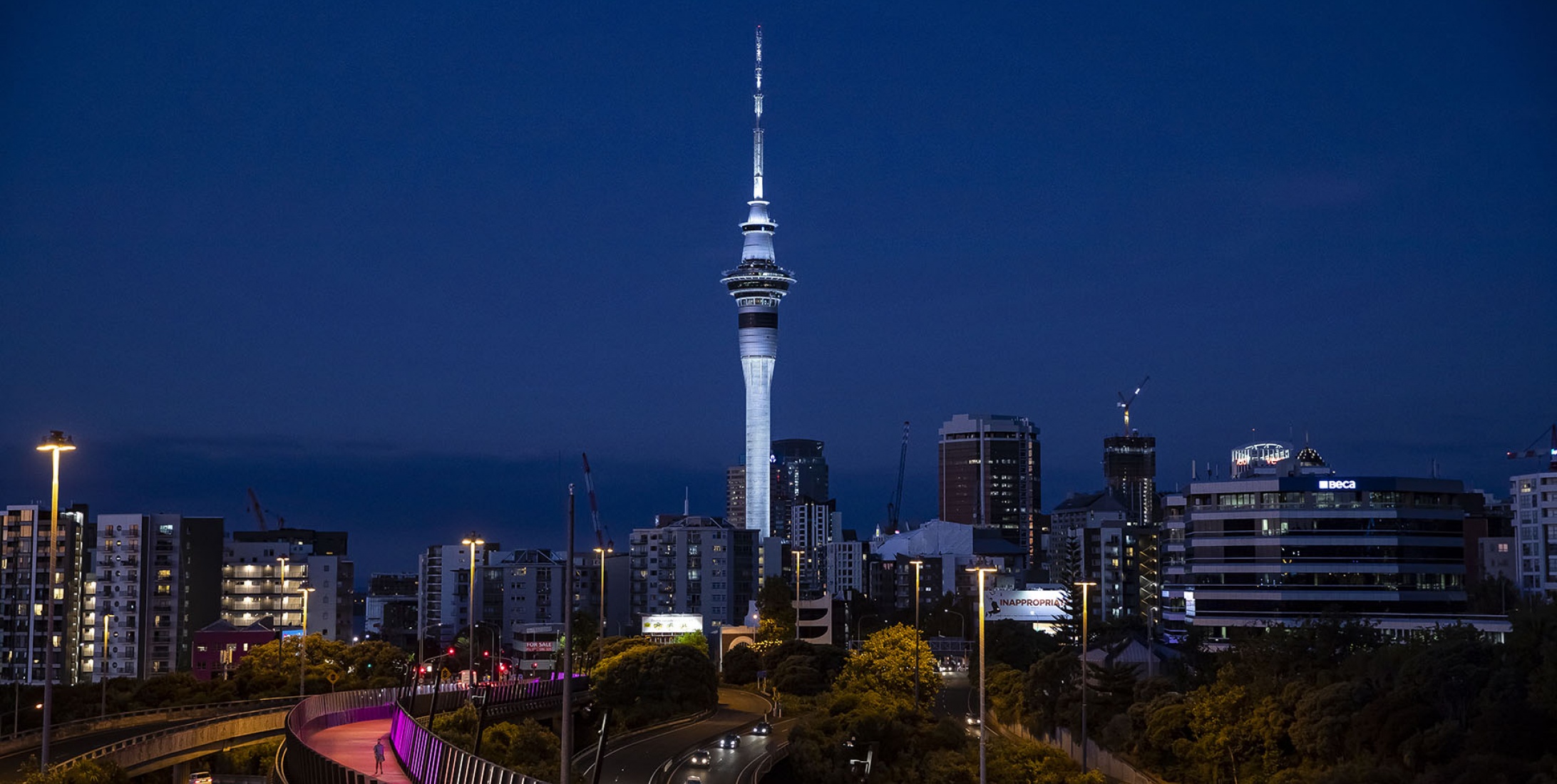 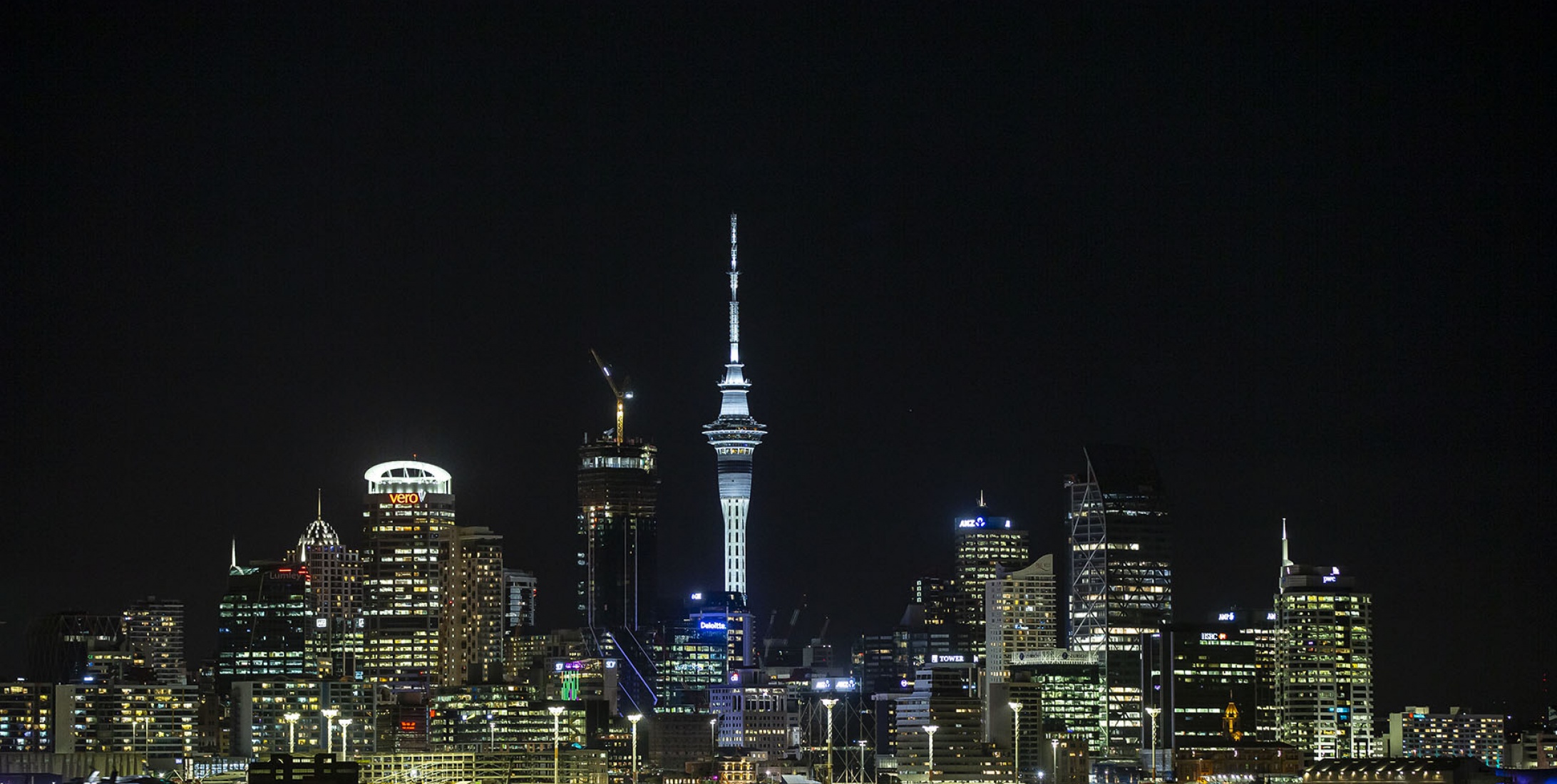 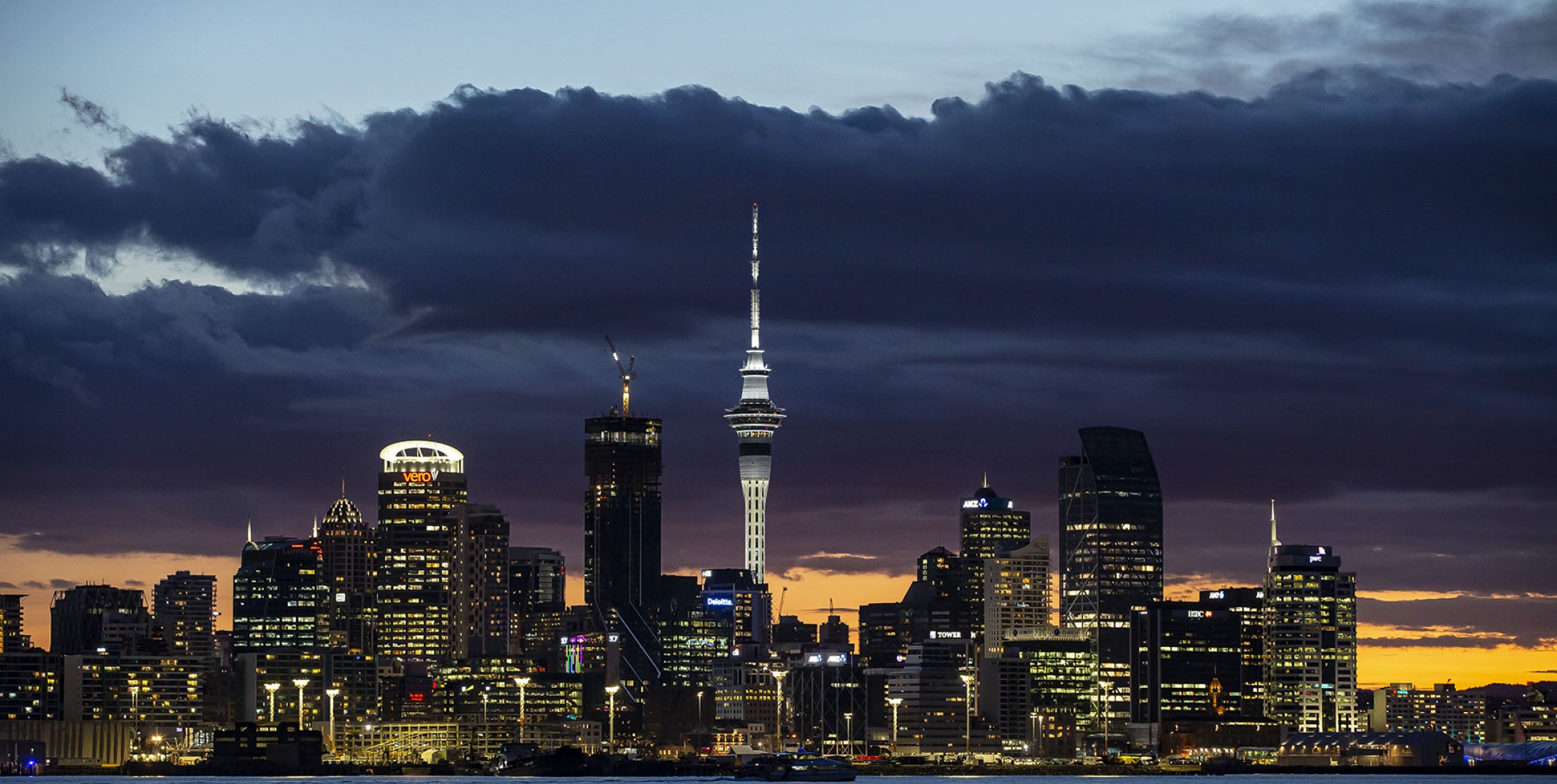 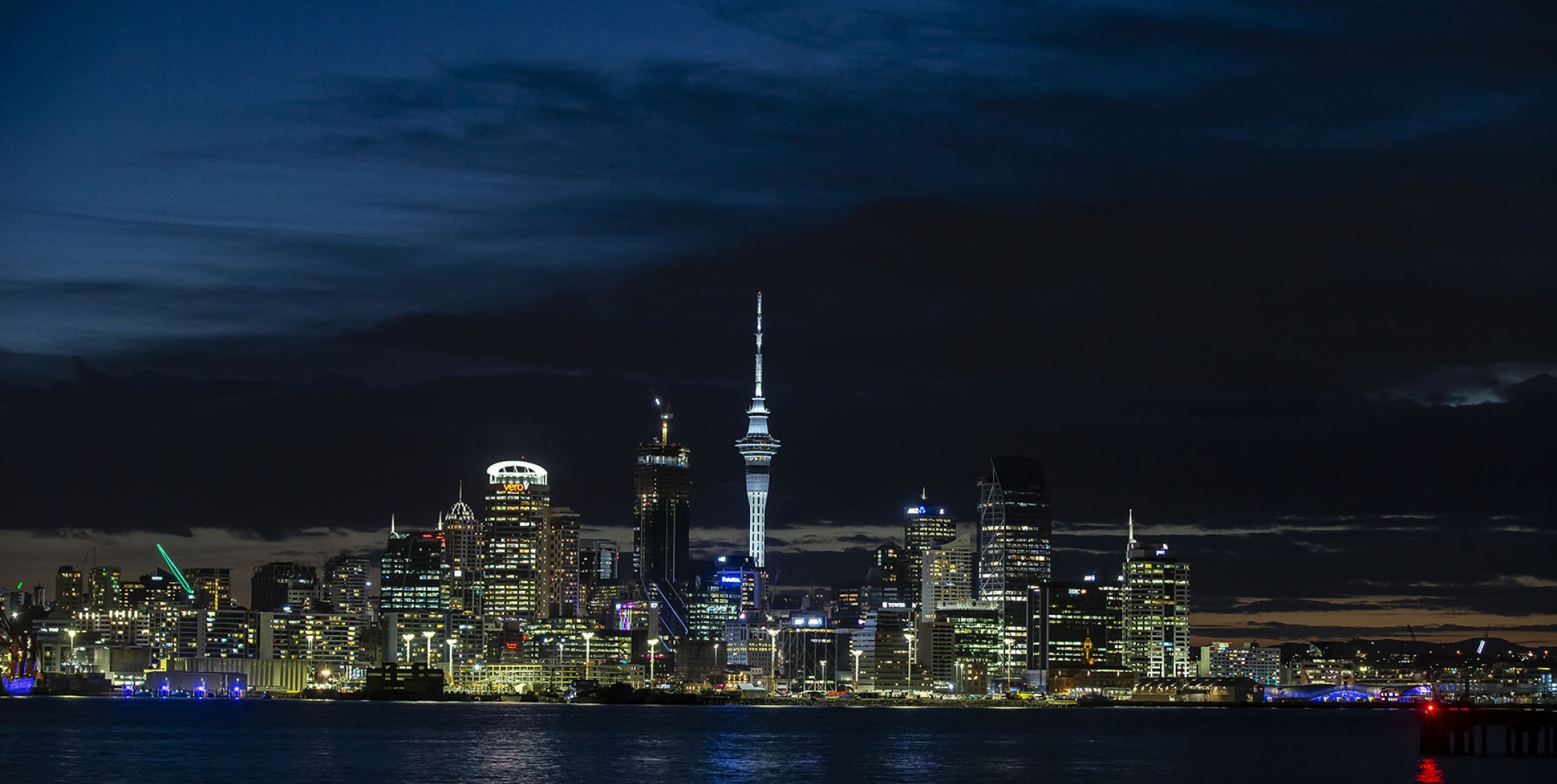 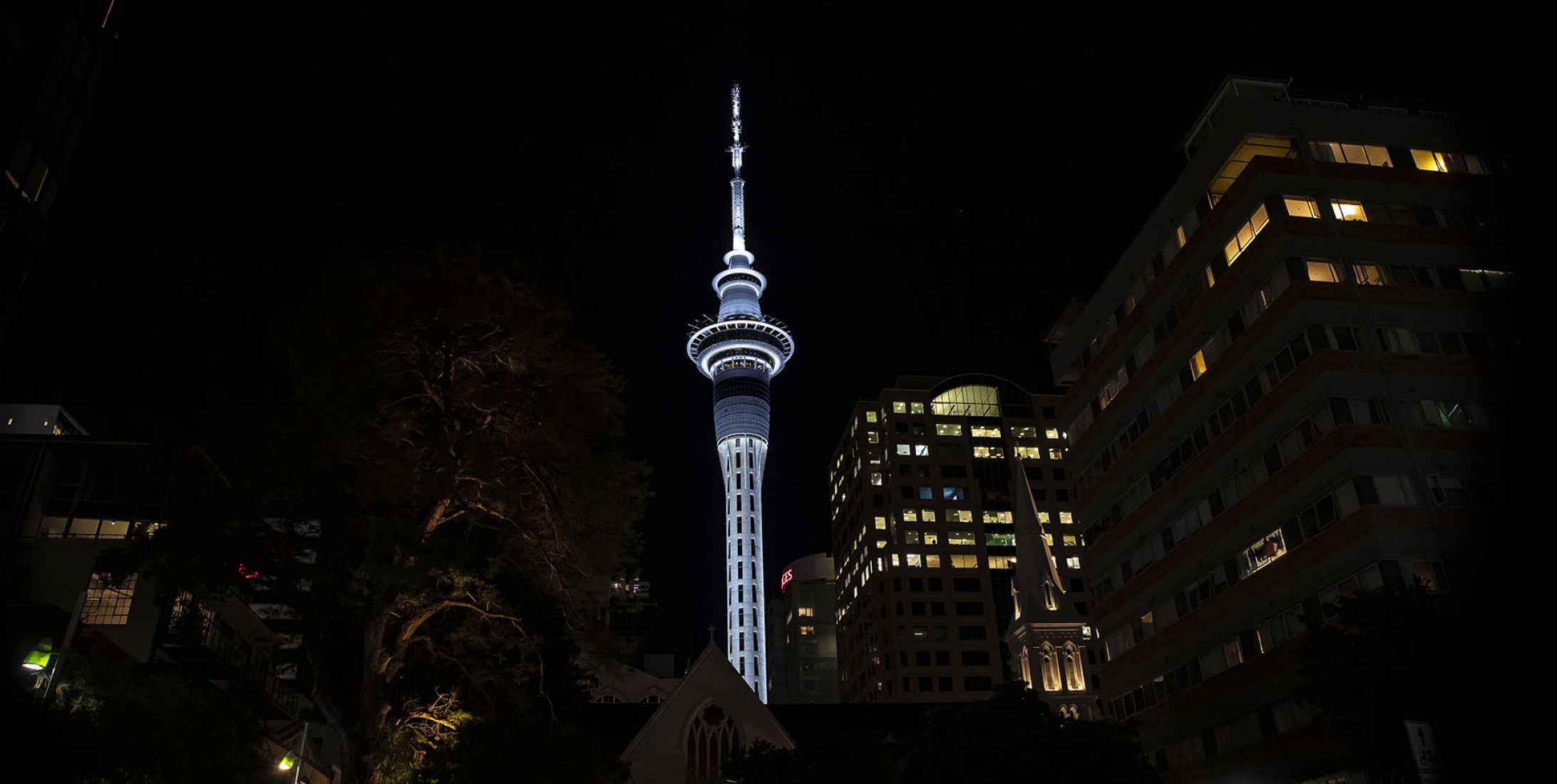 The Auckland Sky Tower was opened in August 1997, designed by Gordon Moller of Craig Moller Architects and is built from high performance reinforced concrete with a 39ft diameter shaft weighing over 170 tonnes. The shaft contains four lifts and an emergency stairwell and is supported on eight legs based on 16 foundation piles that are drilled over 12 metres into the ground. The upper levels are constructed from composite materials, structural steel, precast concrete, and reinforced concrete with the observation decks clad in aluminium clad with blue and green reflective glass.

The Sky Tower is New Zealand's tallest man-made structure and one of the country's most recognised landmarks. Based in the heart of Auckland, the iconic 328 metre tall Sky Tower has dominated the city skyline for over 20 years. The Tower is predominantly a telecommunications and observation structure situated at the corner of Victoria and Federal streets within the city’s central business district and is a massive tourist attraction! Visitors can bungy jump off it or walk along the outer ledges to get an awesome 360-degree perspective on the city and surrounding areas, or dine in three top notch restaurants located in the building, one of which revolves in the famous SkyCity complex.

The Sky Tower was long overdue a revamp and upgrade of its lighting design from its original installation that dated back to the mid 1990’s. Light Works Ltd has been involved with lighting the tower since 2007 when it was first re-lit following the original metal halide installation from the nineties whilst the tower was under construction. By 2018 the installation was unsurprisingly looking patchy and dated and had been under review by SkyCity Auckland’s casino complex who manages the high profile landmark and vital telecommunications hub to implement a new lighting scheme and revamp the original fixtures.

The new lighting design was created by Richard Bracebridge and Sam Walle from Light Works Ltd and the installation was co-ordinated by systems integrator Nick Able from the LS Group, with lighting fixtures supplied through Anolis New Zealand and Australian distributor, Jands.

The plan was initially to light the mast section only, which soon incorporated plans to light the top of the tower as the two parts of the structure are inextricably linked and it was decided they should compliment each other and be lit harmoniously. The team faced serval challenges, starting with the ongoing city centre and waterfront regeneration project, which reduced their footprint for mast illumination lighting positions, alongside optimum positions for effectively lighting the shaft. There were also challenges with planning around communication equipment including FM radio transmitters, local and national TV satellites and broadcasting kit, internet, cell phone hubs and weather monitoring devices which are also located on the shaft of the tower.

With the signature colour being white, Divine72s were chosen due to their excellent output producing crisp, white, smooth even coverage and the shape of the unit being ideal for fixing on top of the sculptures at street level and the further 96 units which are situated on top of three building locations and the single column of artwork at the base of the tower.

The remaining Divine 72s are deployed around the top section of the Sky Tower, ensconced between the various communication elements, optimising the dynamics of the positioning, different throw distances and angles required from a variety of lenses which the Anolis Divine range delivered. The lighting scheme is run via a Pharos LPC 2 controller that can be remotely accessed via phone and tablet app which can be switched to any colour or any number of colour combinations at the touch of a button for special occasions. Being downtown and in an urban residential area as well as a CBD, extreme caution was needed to minimise light pollution and keep the focus concentrated on the tower.

Upgrading the external lights on the Sky Tower to LED supported SkyCity's climate change commitment to reduce carbon emissions from the Sky Tower's lighting by 10% and the ability to light the Tower for charity and community initiatives, to mark national holidays, milestones or other celebrations and events whilst being able to illuminate as a symbol of respect or solidarity.

Auckland's Sky Tower is the most impressive structure on a busy skyline filled with tall contemporary buildings and now provides a dazzling example of energy efficiency across the city thanks to the Divine lighting scheme which can be seen from up to 80km away. Climatic conditions at the top of tower are extreme, so its a great testament to the robust build and quality that underlined the decision to choose Anolis product for the tower’s new lighting design.