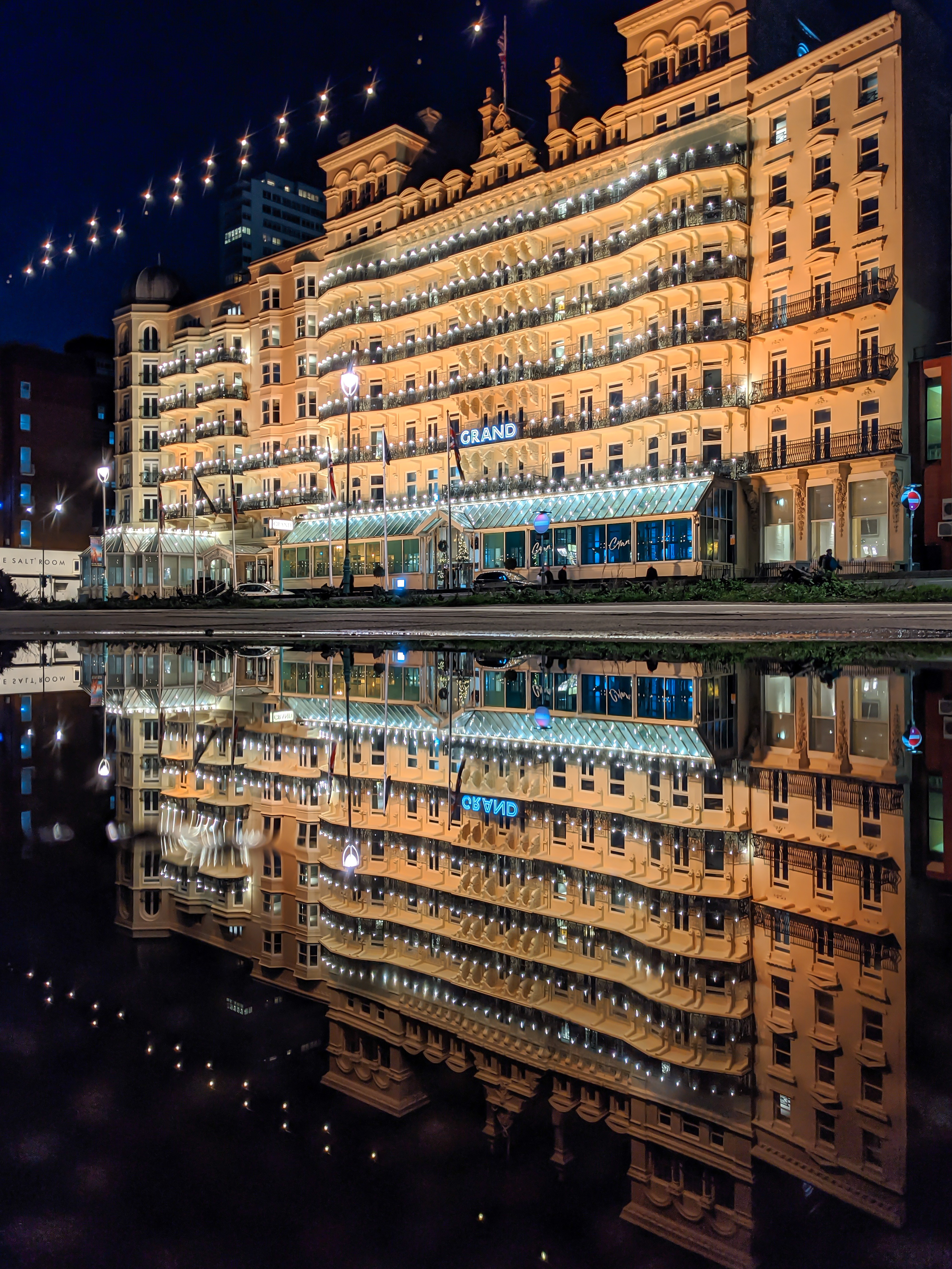 The Grand Brighton hotel, an iconic landmark on the seafront in this popular UK south coast city and resort, is highlighted tastefully by an Anolis LED lighting installation illuminating its majestic front façade.

Designed by architect John Whichcord Jr. and built in 1864, originally as a hangout for the smart set of the day, today it offers over 200 rooms, many with spectacular panoramic sea views and full conference facilities while its distinctive Victorian and Italian features remain almost unchanged.

The Anolis lighting scheme was installed as part of a wider modernisation programme happening along Brighton’s Kings Road seafront which is a unique collage of historical and modern architecture.

Anolis UK was initially approached by the hotel’s management and asked to specify a suitable, more energy conscious and cost-efficient luminaire to replace their ageing discharge lighting scheme and enhance the building’s substantial façade.

The Anolis lighting scheme was designed by Ian Forrow of IJF Lighting and the installation completed and commissioned by LTP Integration.

It was a detailed operation due to the building being heritage Grade II listed. Key lighting considerations included getting precise coverage with minimal light spill to wash the impressive 75-meter-wide frontage accurately and smoothly.

The lighting scheme also had to conform to the various heritage requirements as specified by Brighton and Hove City Council, which includes the exact colour of light that should be used on the façade and stipulates how many times a year it can be lit using any other colour variation from the signature classical warm white.

A tasteful 3200K wash was chosen as the colour to best compliment and showcase the form of the building.

Anolis’ ArcPad Xtreme RGBW fixture was chosen by the Anolis team as optimal – at that time – to illuminate the Grand Brighton’s hotel seven-story frontage, emphasising the commanding presence of the property along the busy seafront parade.

The units are deployed in the exact same locations of the previous fixtures, meeting the terms of the site’s planning permission and local authority conservation regulations. These positions also offer the hotel the option to have split vertical columns of different coloured light across the frontage when required.

Furthermore, all the fixture housings were manufactured by Anolis in a custom matt black 9016 RAL finish to minimise their visual impact at the front of the hotel.

Control is provided by a Pharos system which is programmed with pre-set and colour changing scenes. Onboard Lumen Radio wireless links to all the Anolis fixtures ensure effortless lighting changes and further reduce costs by eliminating the need to lay data cables to the fixtures.

The scheme has been programmed to produce multiple-coloured designs throughout the calendar for events like Christmas, Valentine's Day, St Patrick’s Day, Halloween, Pride, etc. and an outstation provides a user-friendly interface for designated staff to operate.

The Grand Brighton hotel’s General Manager Andrew Mosley commented that they were “delighted” with the performance of the ArcPad Xtremes which “enhance the façade features beautifully and give us the flexibility to celebrate significant events all year round.” 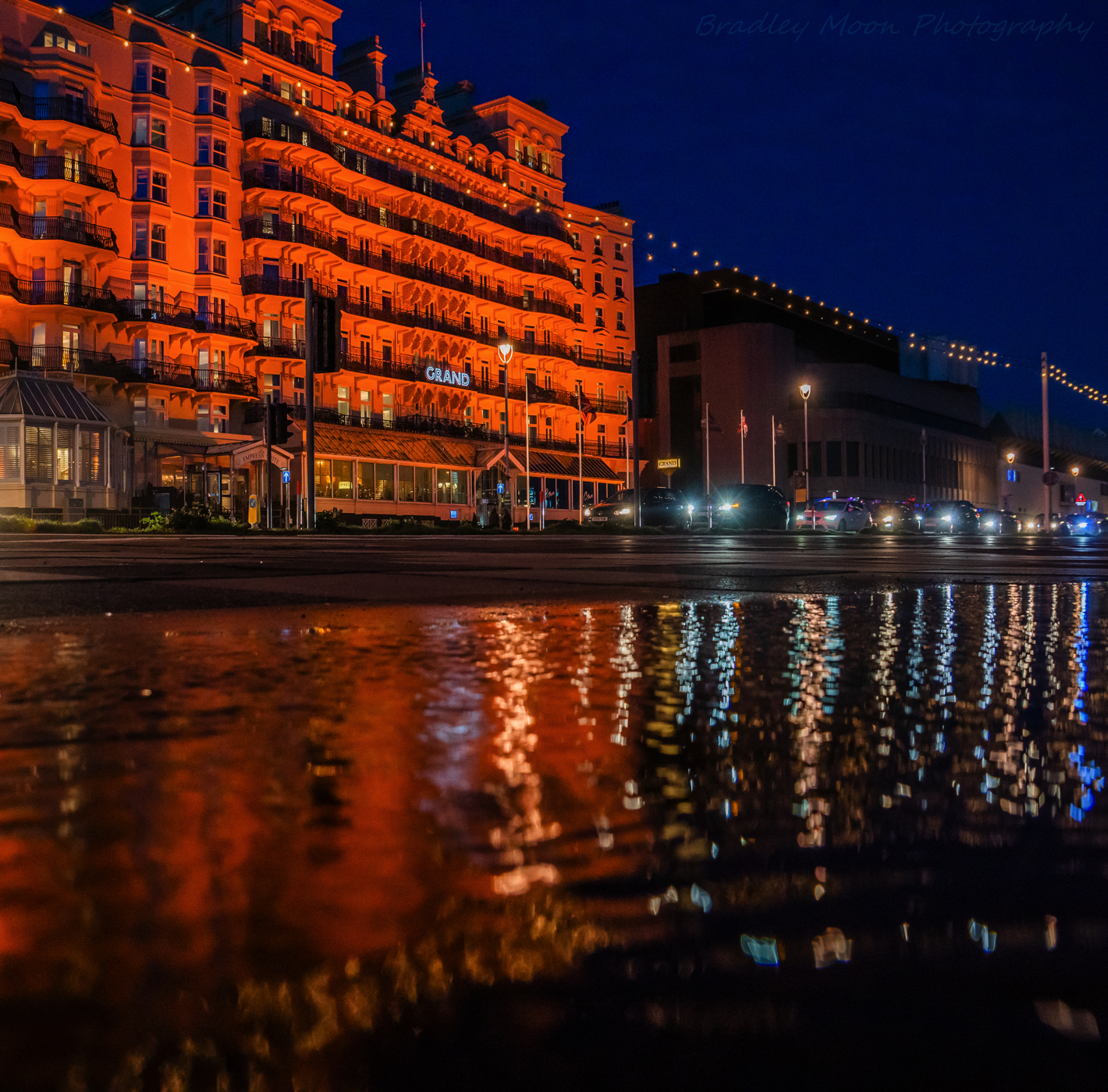 About The Grand Brighton hotel

When The Grand Brighton hotel was built, partly to meet the demands of a new class of tourists for whom Brighton became an accessible “weekend break” with the opening of the railways, its cool advanced engineering features included the "Vertical Omnibus", a hydraulic lift system powered by water cisterns in the roof.

Pressure from the water tank contents falling downwards 60 ft sent the lift into the air! Elevators were still very rare at the time, and this was the third such system in the UK and the first one built outside London!

The original structure consumed 450 tons of cast iron and 3.5 million bricks were used to construct the vast 7 story frame – which was high for a Victorian building!

While the views from the sea-facing rooms are unparalleled, originally the cheaper rooms were higher up due to the greater number of stairs that had to be negotiated! 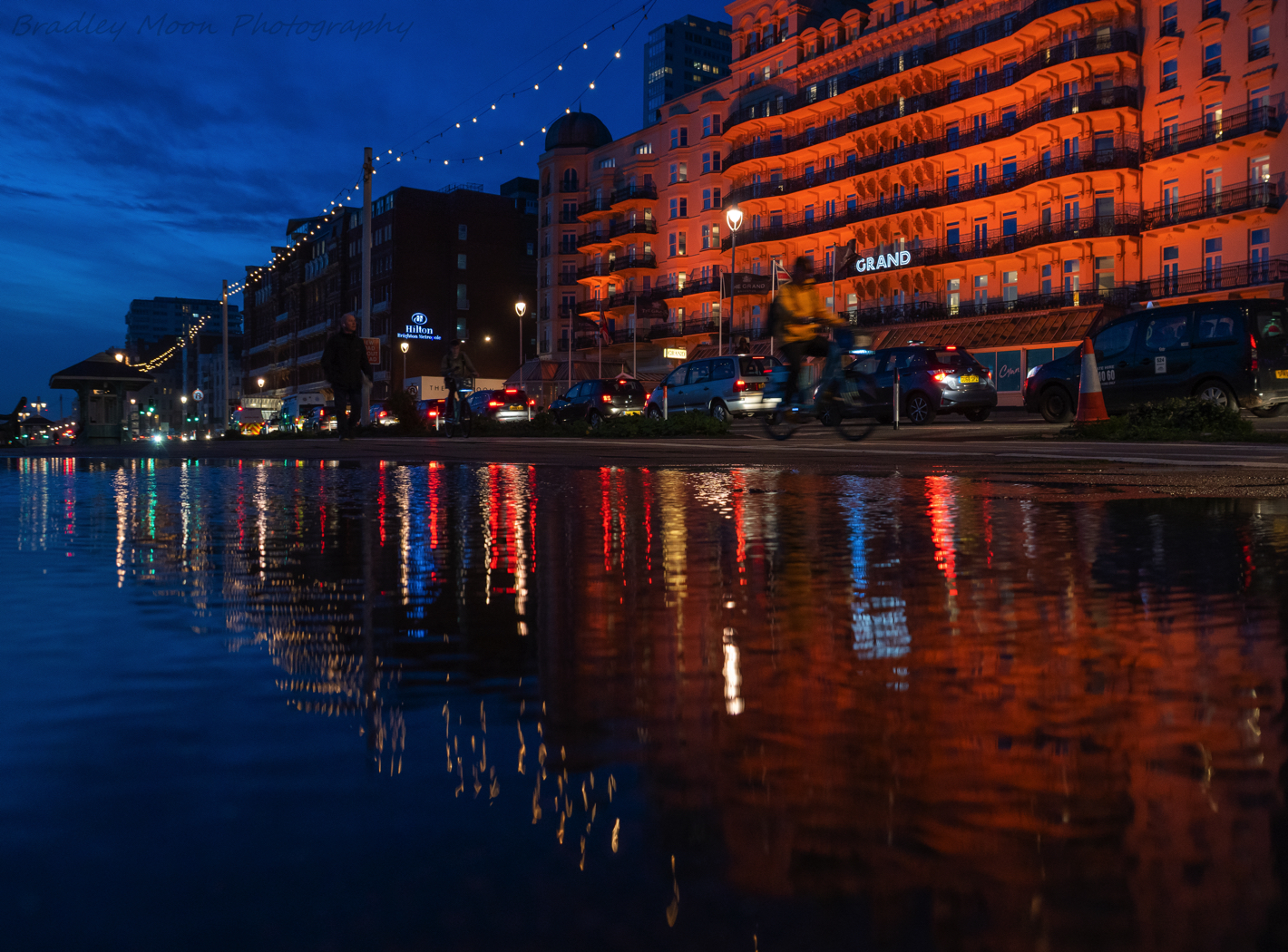 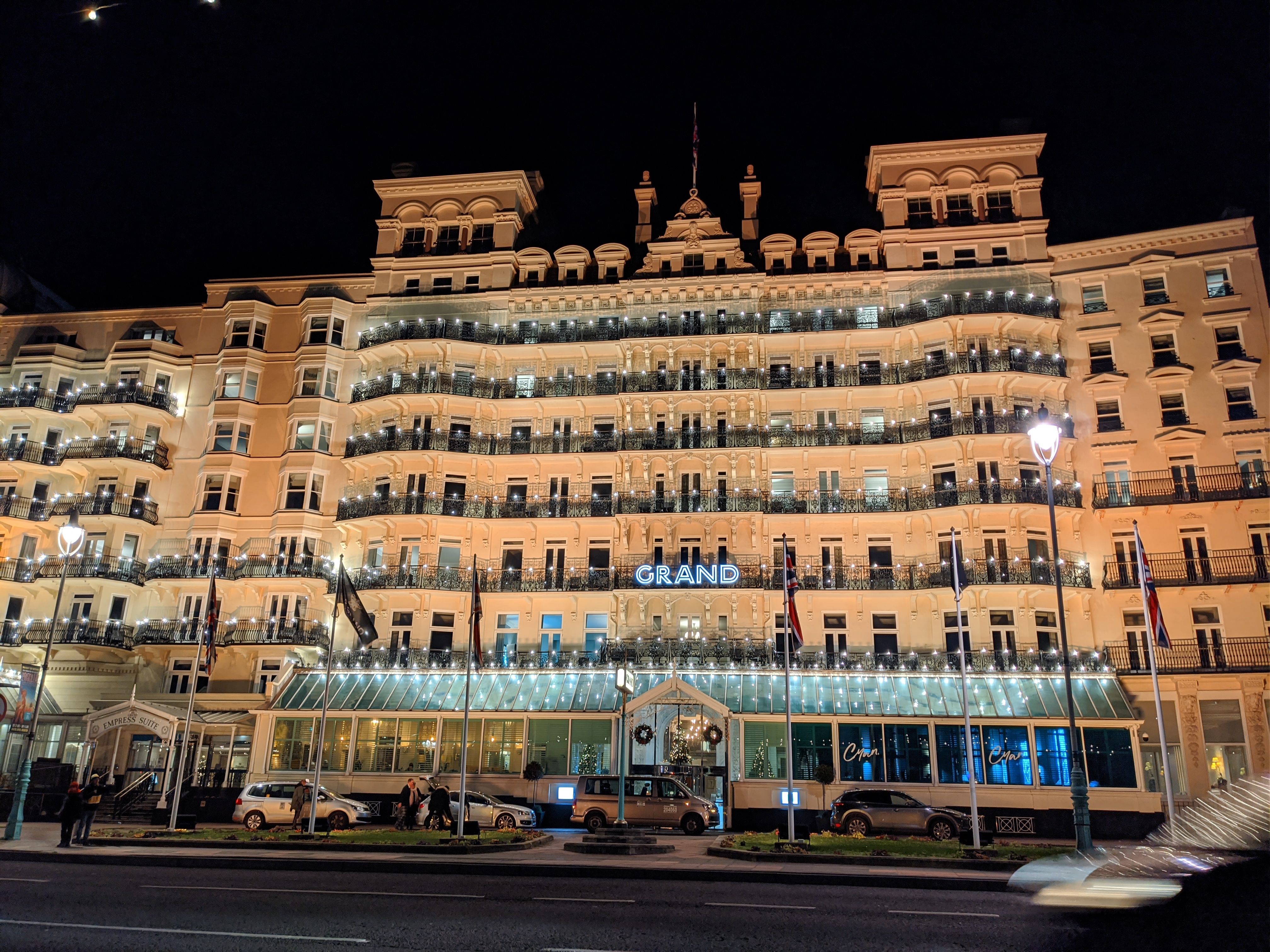