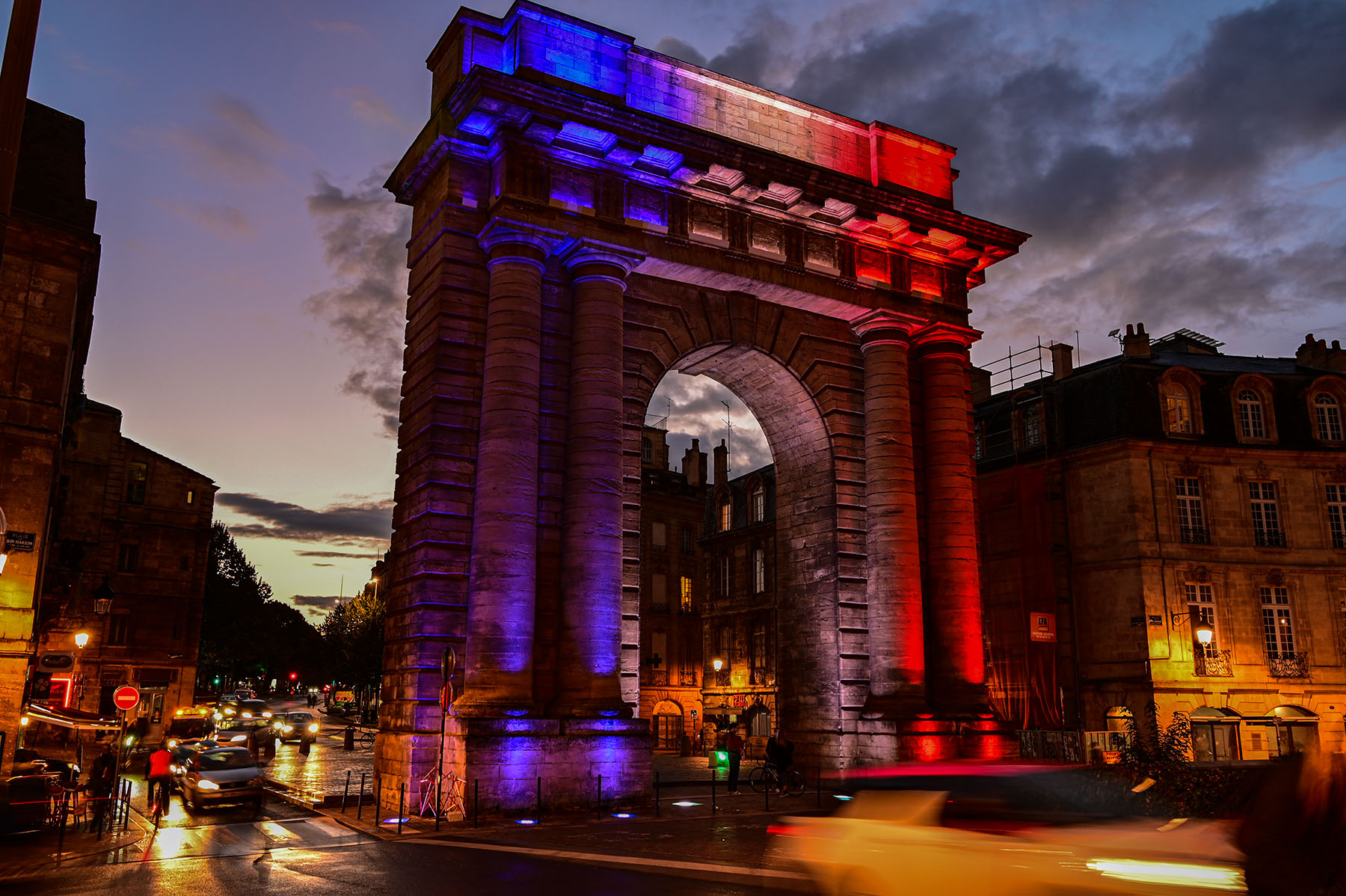 The city of Bordeaux has a new Anolis Lighting - lighting scheme for its magnificent La Porte de Bourgogne landmark.

The Roman-style stone arch was built in the 1750s at the end of one of the major roads traversing Bordeaux, now called the Cours Victor Hugo, which is a major thoroughfare for both cars and pedestrians crossing the city. It is also clearly visible from across the River Garonne.

With its prominent position and historical significance, the city council are keen for La Porte de Bourgogne to be a highly visible ‘communication portal’ welcoming people to the ancient centre, so they wanted a great looking, energy-efficient lighting scheme to replace the old one which was installed over a decade ago and was starting to look dated!

Above all, they wanted more dynamic lighting that could redefine and celebrate La Porte de Bourgogne’s significance as a symbolic gateway to the city.

The city council’s lighting designer Sylvie Bordes was already talking to urban planning specialist Citeos, a subsidiary of multinational Vinci Energies that partners with local authorities and communities to develop their environments. The scope of their work includes advising on architecture and lighting for long term projects.

Anolis – via Robe France’s architectural lighting specialists Bruno Francois and Eric Tabuteau – was already in the frame thanks to their local partner company Objectif Lumière, who convinced the city council and Citeos to undertake some tests. As it happens, Bruno had been involved with the previous lighting installation on the arch (using another brand) ten years ago, and he had several other more recent reference sites using Anolis in the area.

The council wanted a wide range of colours to be available in the new lighting scheme which narrowed down the field when it came to sourcing products. They also required a high-quality warm white as the signature look, without any pixelation, other aberrations or shadows and ghosting.

To illuminate the lower parts of the arch, powerful washes were needed that could fit into the existing dug-outs that had housed the previous luminaires, so the Anolis ArcSource™ Outdoor 48MC Integral fixture was a perfect fit as it is designed for the large-scale buildings and landscapes requiring higher Lux figures.

Bruno then suggested Anolis’s Eminere range to deal with the upper and top parts of the arch and to fill in some of the gaps. “The Eminere offers so much choice and so many possibilities, so we knew we would find the right solution in this range,” commented Bruno.

“In addition to the colour metrics, the choice of available beam angles on both ArcSource and the Eminere ranges was fundamental to being able to achieve the project’s aesthetic goals,” explained Bruno, adding the La Porte de Bourgogne lighting has dramatically improved just by having a greater choice of beam angles than for the previous installation!

The new lights are running via a Nicolaudie controller.

Like most major cities in France, Bordeaux currently has a city-wide lighting plan that will be rolled out over the next 20-30 years. Certain iconic monuments and squares have been selected as the first focus of a far larger, ambitious and far-reaching plan to invigorate the whole city centre.

The city has been affectionately dubbed “la belle endormie” – the sleeping beauty – for years because the centre is so quiet after sunset, so forward-thinking city planners are embarking on a number of schemes, including urban lighting, to help reimagine this quiet and calm “bourgeoise” city as a bustling, vibrant hub to be enjoyed after dark by citizens and visitors alike.

The new Porte de Bourgogne lighting is one of the first steps and has been extremely well received by the public.

For Anolis, it is the second major landmark lighting installation following illumination of “Les Bassins de Lumières”, a former World War 2 submarine base transformed into an arts and culture space that opened earlier this year. 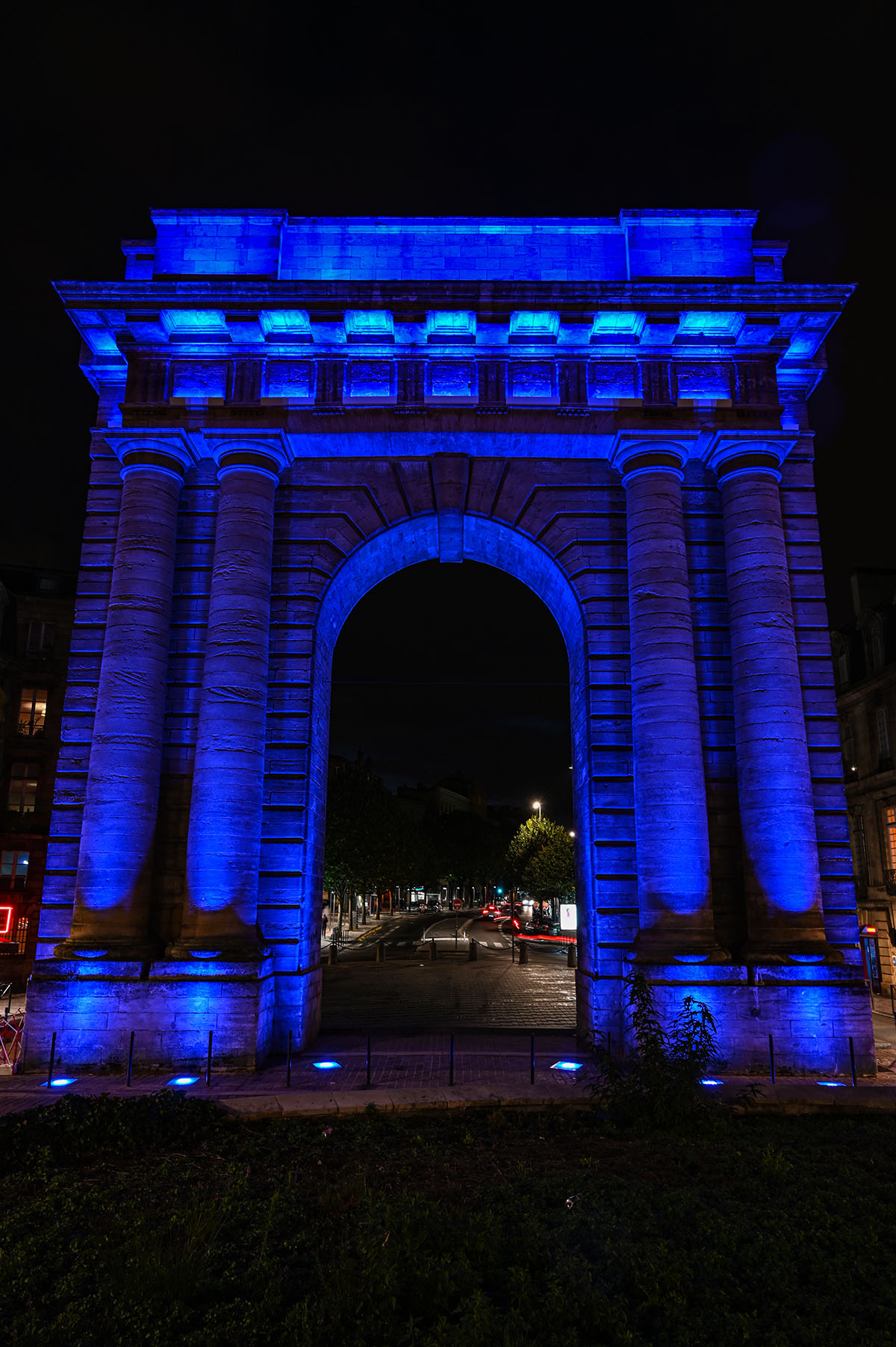 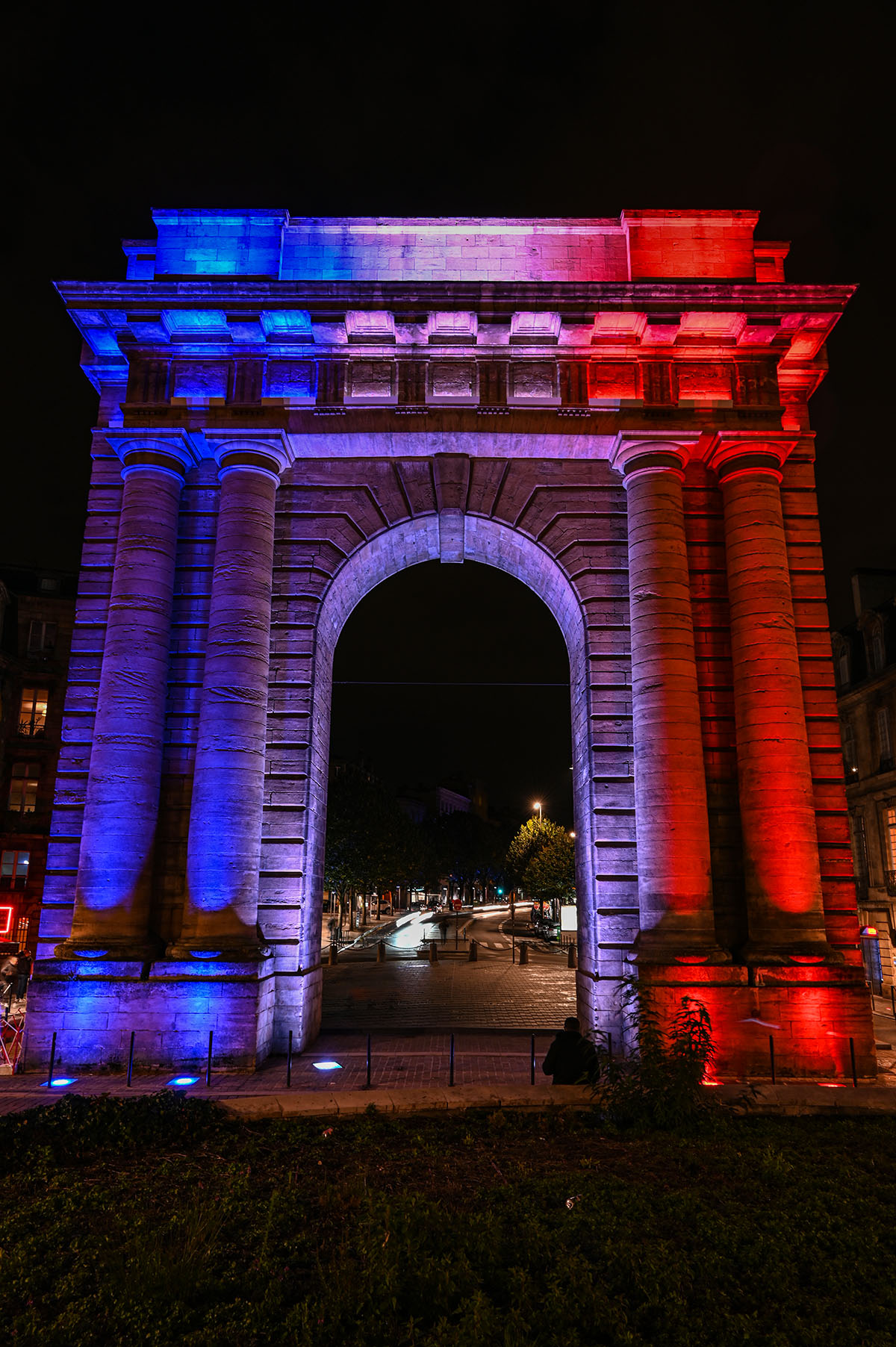 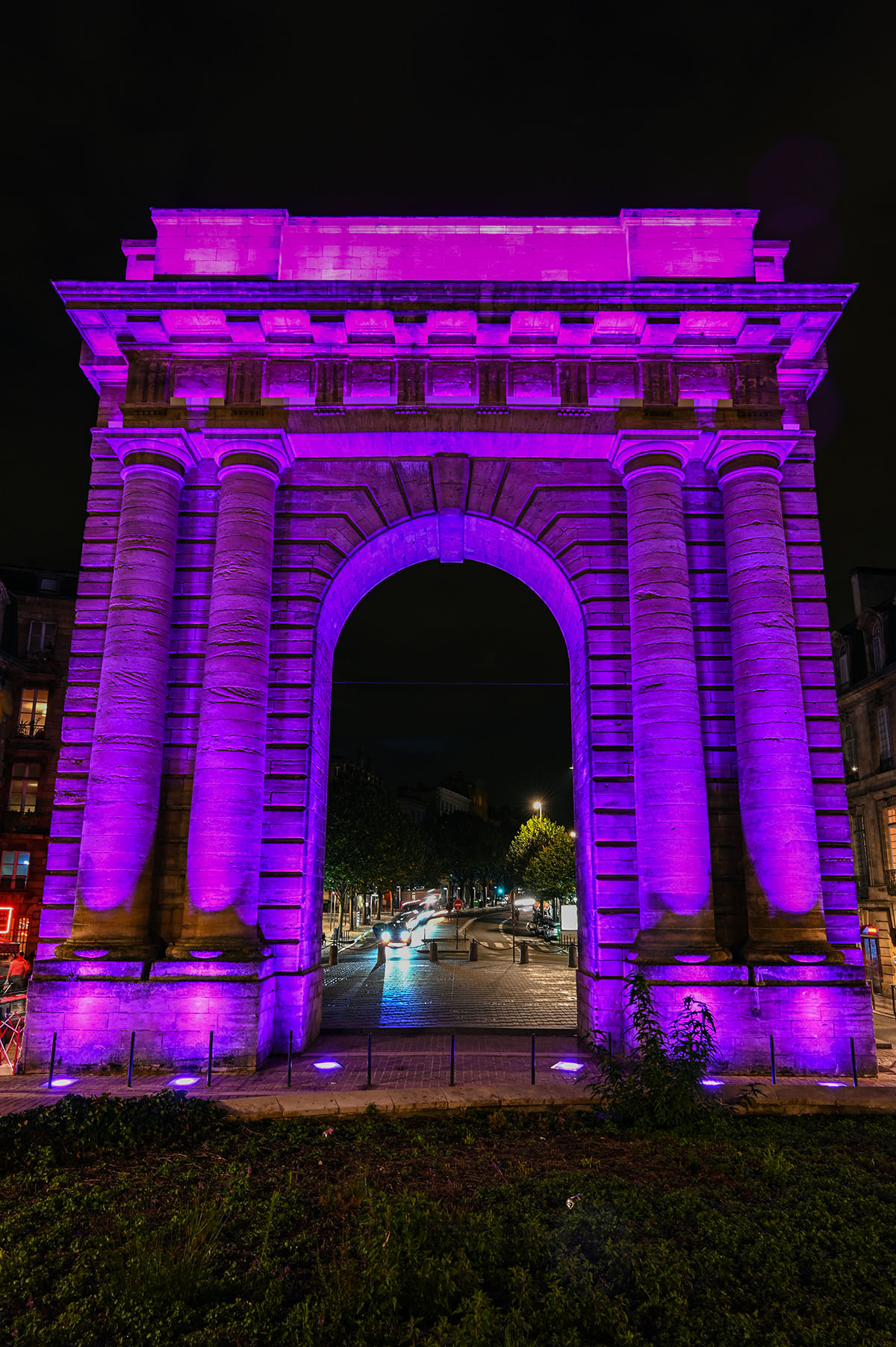 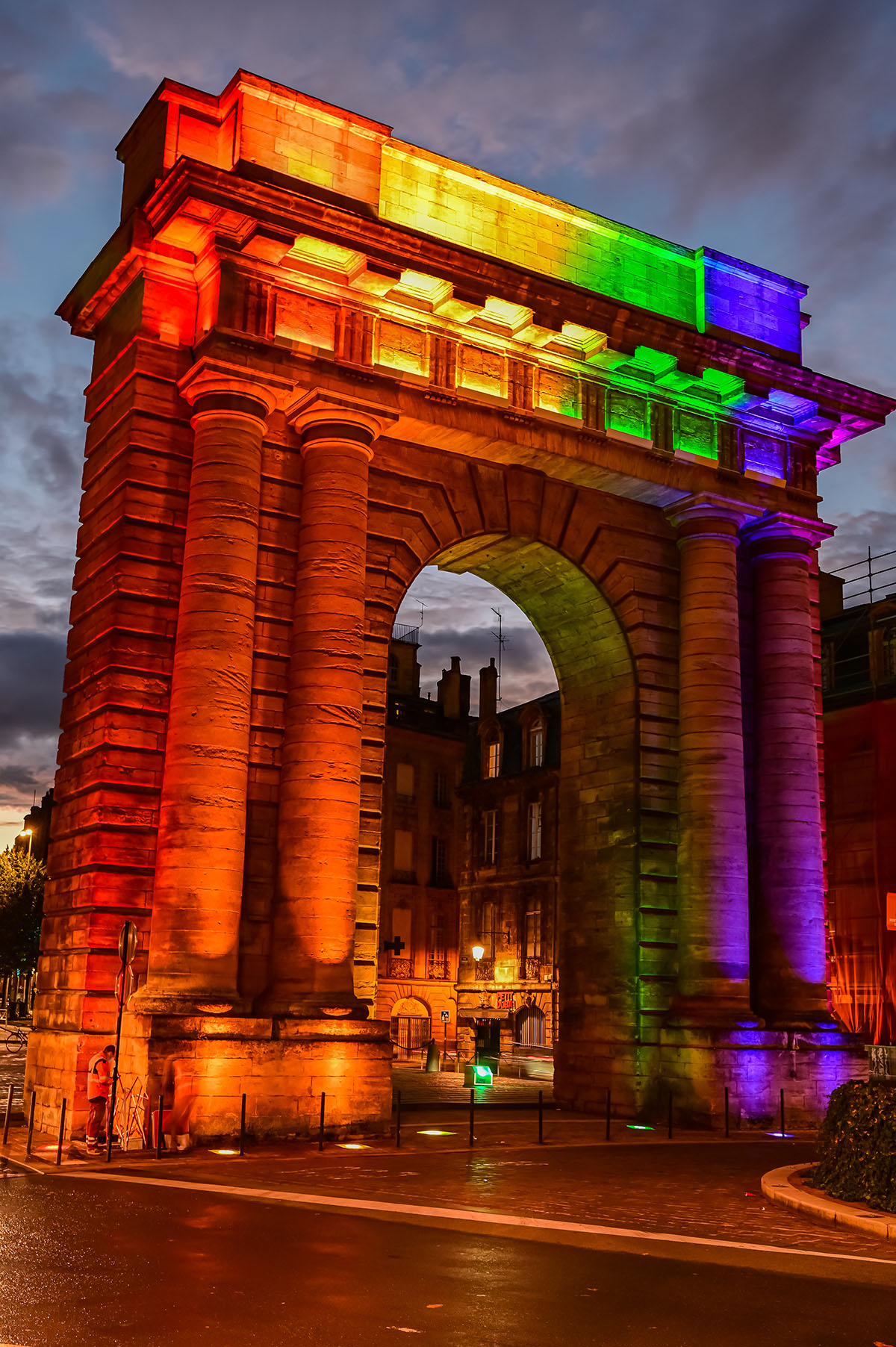