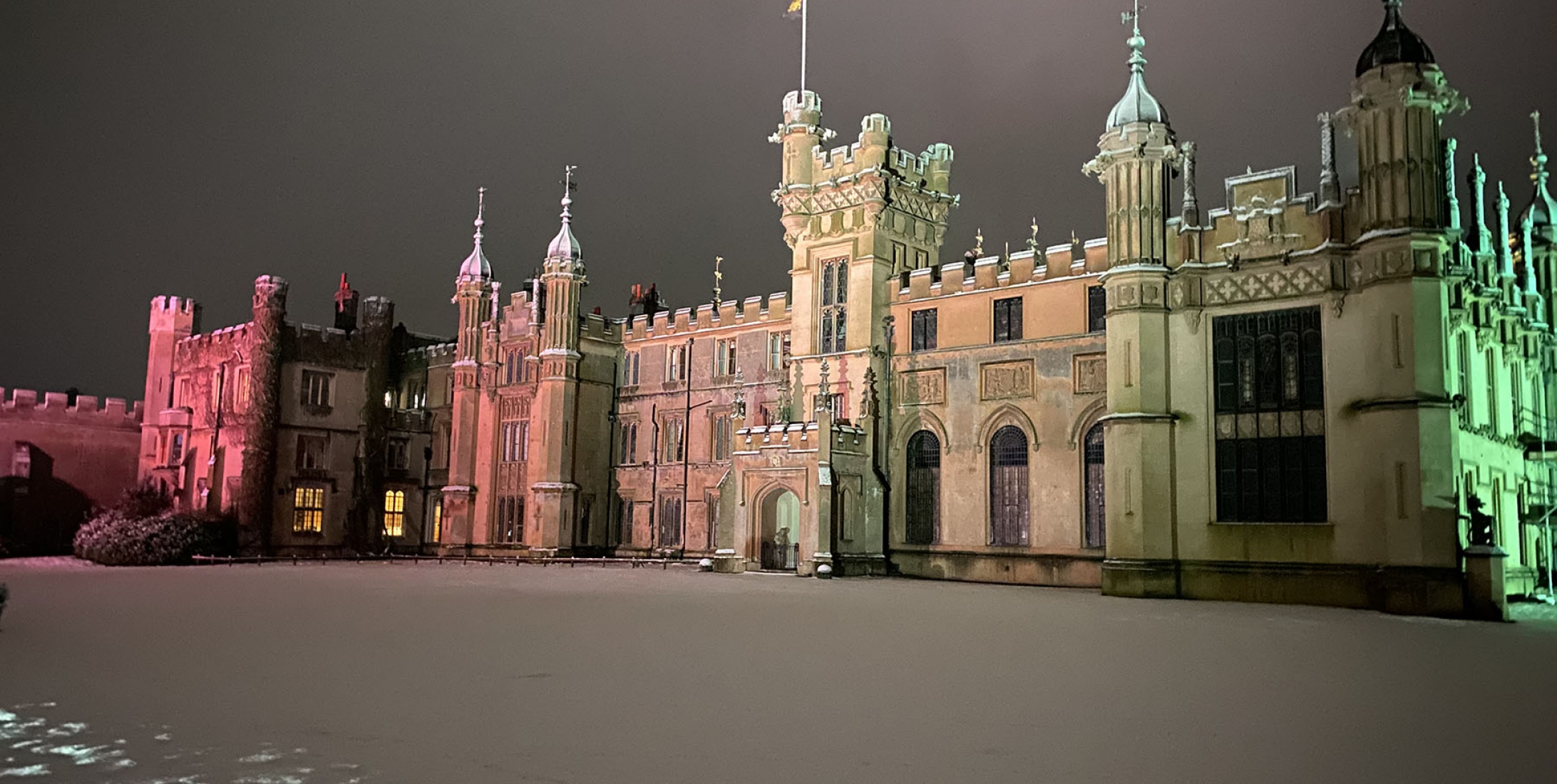 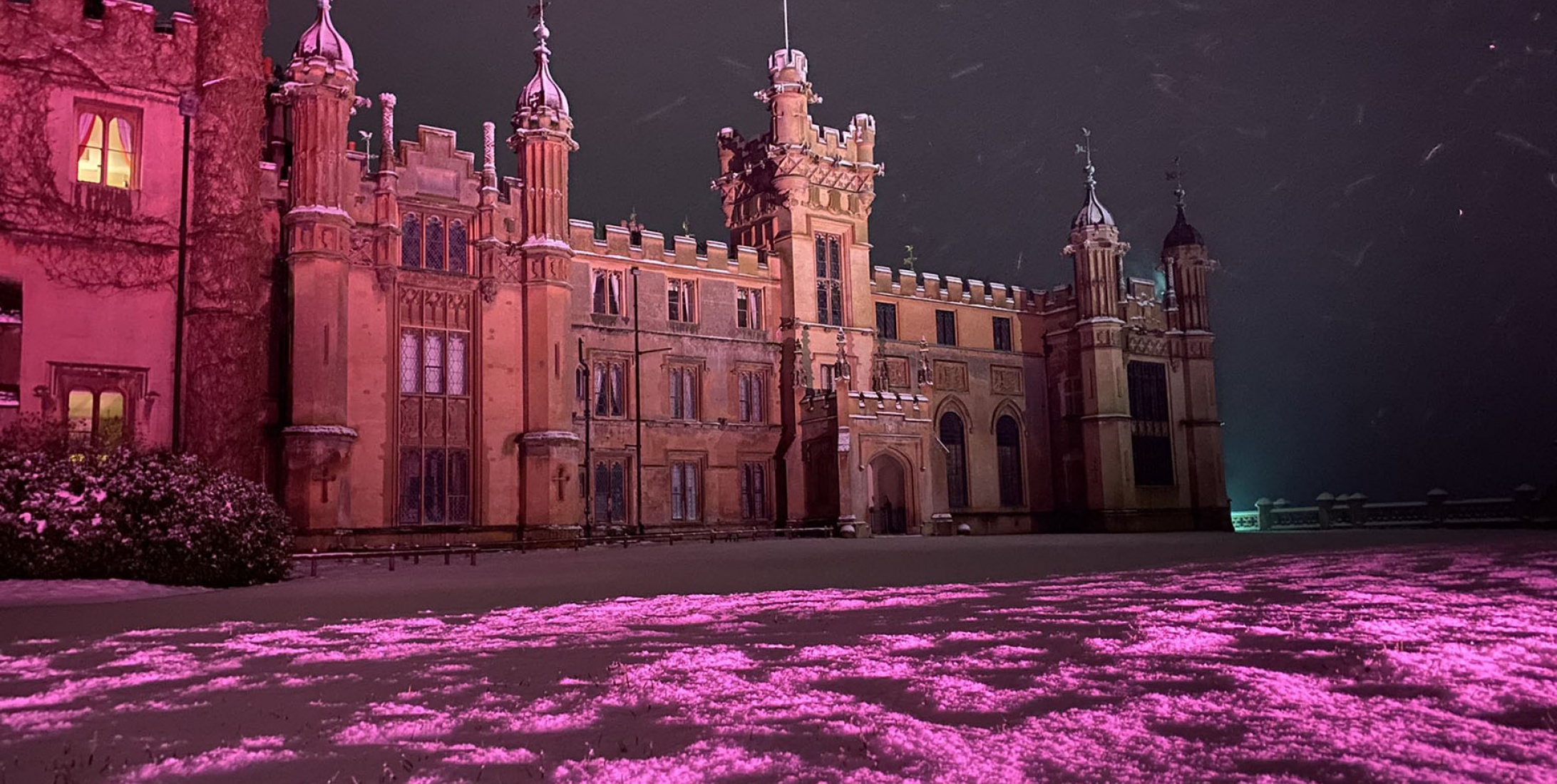 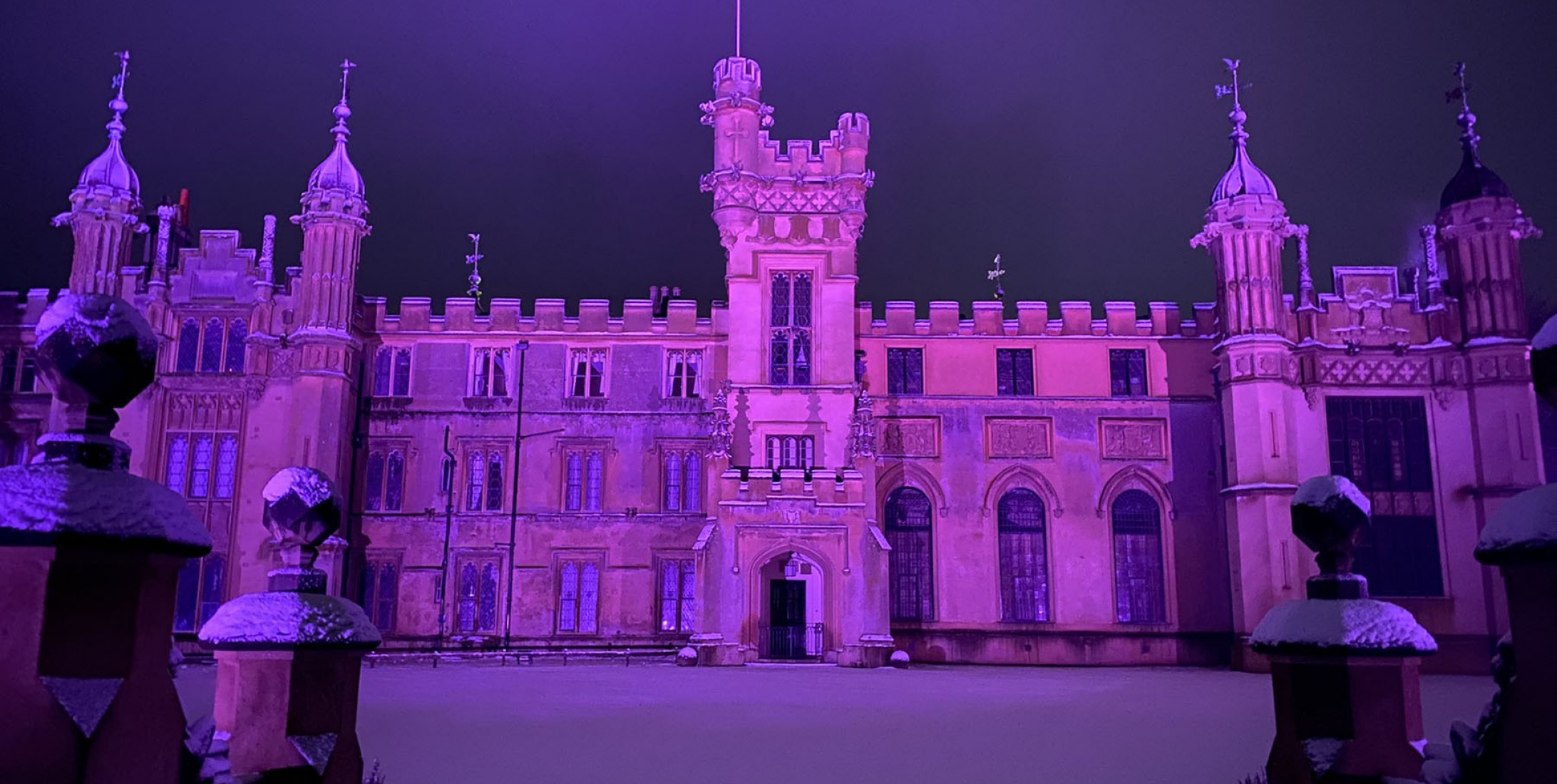 Knebworth House is a magnificent Grade II listed Tudor English country house situated in Knebworth in Hertfordshire dating back to the 13th Century. Knebworth is a registered property of Historic Parks and Gardens and has been home to the Knebworth Festival, a reoccurring open-air rock and pop concert held since 1974.
Today the house is still a home for its ancestral Lytton family as well as being open to the public. Its features include extensive landscaped gardens as well as an iconic open-air venue for major rock and pop concerts and a popular location for numerous films and TV shoots.
Anolis UK was approached by Robert Parker of the Historic Houses Association to assist in the specification of a replacement lighting scheme to illuminate the front of Knebworth House and upgrade the dated sodium floodlights. The brief specified a sustainable, low maintenance modern alternative with flexibility on colour changing whilst offering the signature warm white look in the existing lighting positions.
Anolis Divine 160 RGBW fixtures were proposed for the front façade of the house and for the side elevation with a single ArcSource 48MC integral to highlight the newly restored Watchman’s Tower which had been unused since the 1950’s. This part of the building had not been lit previously but was included in the new lighting proposal as an intricate feature adding to the beautiful and outstanding aesthetics of the property as a special part of the house to showcase.

The Divine 160 RGBW fixtures were selected due to their lumen output as the correct fixture choice was critical for Knebworth in avoiding light pollution, whilst delivering the right intensity of light and coverage for the building in which the Divine is particularly renowned. Most of the fixtures were deployed 20-40 metres away from the front of the house, an area covered by x3 Divine 160 luminaires, equipped with 35-degree lenses which effortlessly bathe a 75 metre-wide expanse with smooth, evenly distributed light. One further Divine 160 was used on the side elevation with a 65-degree lens to illuminate the wing of the building. All fixtures are RAL coated in 9011 graphite black for continuity and aesthetics. The newly refurbished Watchman’s Tower is now a spectacle of glory, lit independently with a singular ArcSource 48MC, having been in darkness over the years until the upgrade.
One of the biggest benefits was due to the high performance of the Divine 160 with its 440 lumen output that consumes substantially less electricity than the previous lighting scheme. Also offering superior coverage with a great range of whites and colour changing options for events and particular occasions throughout the year which were not achievable prior to the upgrade.
The new lighting scheme can offer a change of colour for special events, weddings, corporate events and more versatility for movie shoots and TV commissions. The lights are controlled by a panel mounted ArcControl DU for day-today timed control as well as being programmed with a series of colour changing sequences and dynamic effects. This can all be controlled via smartphones, tablets and other mobile devices offering complete flexibility and ease of use for one of Hertfordshire’s finest stately homes.

• High performance 440W lumen with phenomenal light output reduced their
energy consumption from the previously installed fixtures.
• Ideal for a variety of architectural lighting scenarios including the application of
dynamic colour changing effects to the building façade.
• Ability to illuminate complete areas with subtle CCT controllable white light to
enhance the building façade without the need of colour.
• Fixtures all have integral drivers to utilise the existing power positions.